Coastal Resources, Inc. (CRI) assisted the Virginia Department of Transportation (VDOT) and their design-build team, Hampton Roads Connector Partners, with bridge surveys to look for the presence of federally and state-listed bat species and an assessment of suitable bat maternity roost habitat to satisfy ongoing commitments of the published Record of Decision for the project. The purpose of the approximately 10-mile Hampton Roads Bridge-Tunnel Expansion Project is to alleviate congestion on the existing bridge-tunnel system by adding twin two-lane bored tunnels west of the existing eastbound tunnel. Landside, the project will also widen the four-lane sections to six lanes.

CRI assisted the joint venture in conducting bridge bat surveys pre and during construction throughout the project limits from Settlers Landing Road in Hampton to I-564 in Norfolk. The U. S. Fish and Wildlife Service (USFWS) and state agencies had identified the potential presence of the federally threatened northern long-eared bat and state endangered little brown and tri-colored bats during an earlier Environmental Assessment for the project. For the bridge survey, project mapping was first prepared on an aerial base that identified 26 bridge spans representing 16 bridges and associated ramps that required a bat survey. These bridges included short sections over or under cross streets, the tunnel approach causeways, and the bridge over Willoughby Bay. To accomplish the effort, CRI followed VDOT maintenance of traffic requirements for access within the I-64 right of way, gained permissions from the cities of Hampton and Norfolk and the Norfolk Naval Air Station for bridge access from cross streets, and accessed bridges over water from small motorboats and kayaks. The understructure of each bridge and bridge abutment were thoroughly searched by a team of two biologists during daylight hours in July and August 2019-2021. Surveys were conducted by shining bright spotlights into cracks and crevices at the junctions of bridge abutments with bridge decks, expansion joints, cracks in bridge piers, and other cave-like areas in search of roosting bats. Evidence of bat presence was also assessed by listening for high pitched squeaking sounds of day roosting bats and searching for guano, urine staining, or odor that may indicate use by day or night roosting bats. All data for each bridge were entered onto VDOT Bat Inventory Forms and USFWS Bridge/Structure Assessment Forms. Photographs were also taken of each bridge understructure, representative cracks and crevices suitable for bat roosting, and any evidence of the presence of bats. No roosting bats were detected during the surveys, but small quantities of large bat guano were found beneath three bridges, suggesting temporary night roosting by a larger species of bat, such as big brown bat. Following the field surveys, CRI prepared a detailed report that summarized the results of the bridge surveys. The report included mapping of the survey area and bridges, all completed field data forms, and representative photographs.

Following the bridge bat surveys, CRI completed an assessment of vegetated areas for the potential presence of suitable bat maternity roosting habitat. Suitable habitat includes live or dead trees with flaking bark or cavities that could be used by roosting bats. Two study areas were assessed, including one along the western perimeter of the I-64 right-of-way at the southern end of the Norfolk Naval Air Station and one along the eastbound lanes, just south of Willoughby Bay. The study areas represented narrow slivers of habitat between existing I-64 and the outer edge of the right-of-way. Five distinct forest stands were identified and described. Only Stand 4, a late-successional loblolly pine forest, contained suitable maternity roost trees, including two black cherry and one black locust snag. The locations of the suitable roost trees were GPS-surveyed and placed on project mapping. All field data were collected on USFWS Phase I Habitat Assessment forms. Photographs were also taken of each stand and of the suitable roost trees. Following the field assessment, a report was prepared that summarized the results of the assessment and included mapping, field data forms, and photographs.

Cities of Hampton and Norfolk, VA 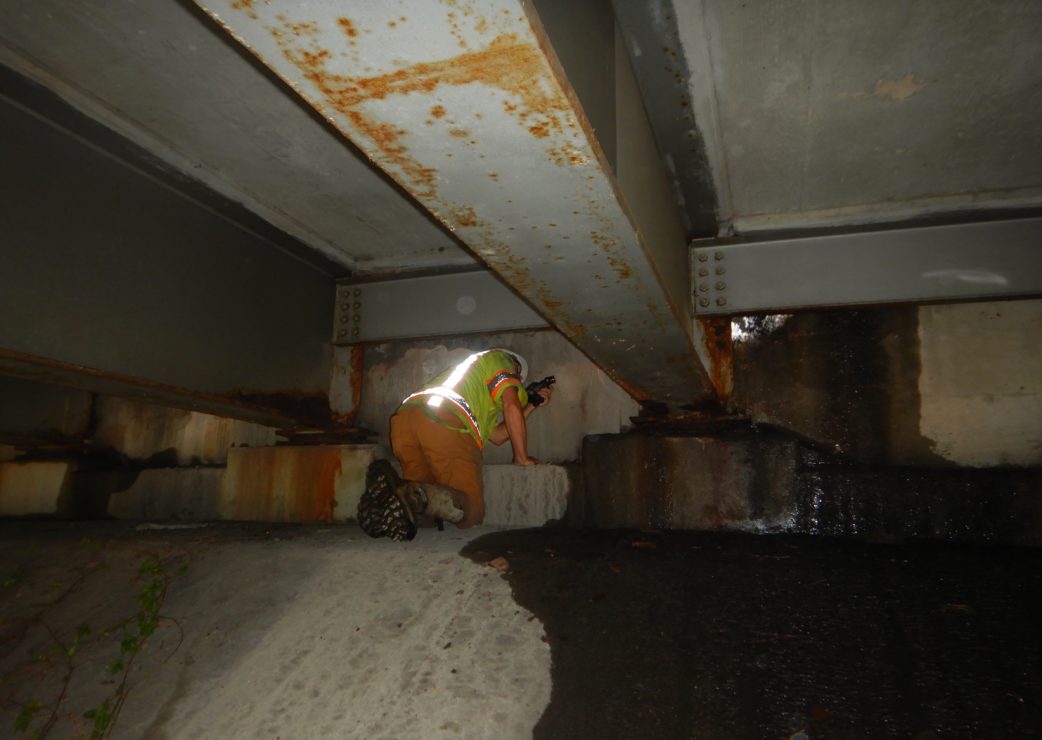 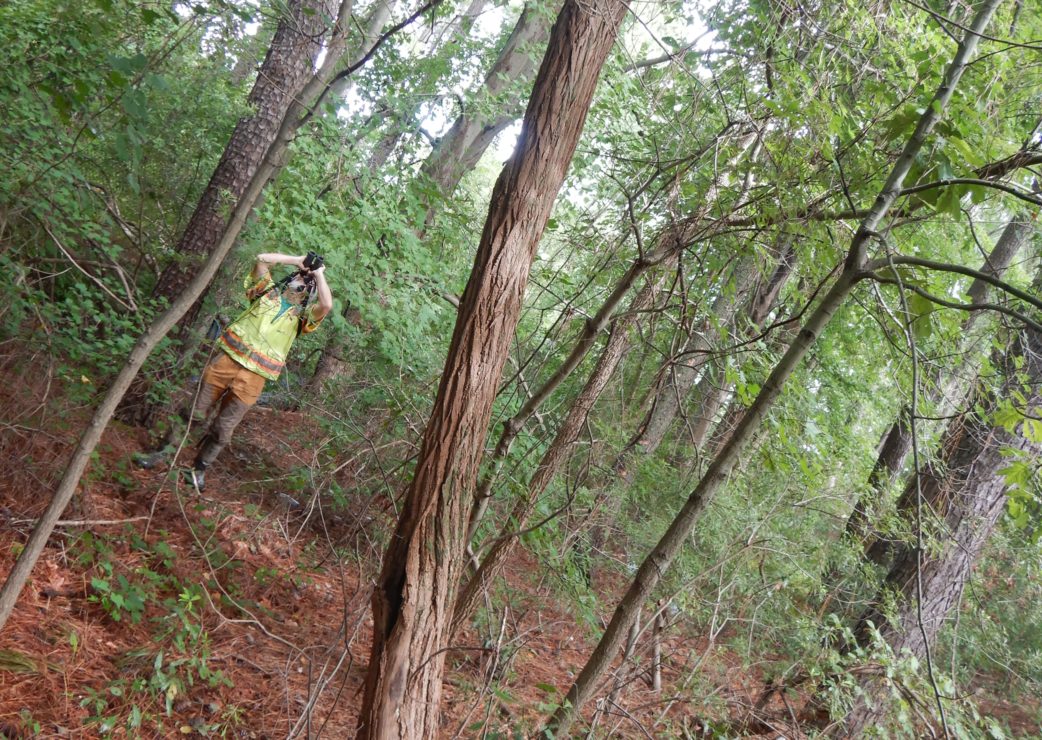