Coastal Resources, Inc. (CRI) assisted with a freshwater mussel salvage and translocation for the I-81 bridges over the Potomac River project in Hagerstown, MD.  The existing bridges will be widened by the Maryland State Highway Administration (SHA) to accommodate I-81 widening to three lanes in both directions, which will require in-stream work to upgrade the structures.  As a result, the Maryland Department of Natural Resources (DNR) Fisheries Service and DNR Wildlife and Heritage Service were concerned that the project may impact five State-listed species, as well as one species that may be considered for both state and federal listing. These species included the triangle floater (Alasmidonta undulata, G4/S1/State Endangered), brook floater (Alasmidonta varicosa, G3/S1/State Endangered), yellow lance (Elliptio lanceolata, G2G3/SU), Atlantic spike (Elliptio producta, G3Q/S2/In Need of Conservation), green floater (Lasmigona subviridis, G3/S1/State Endangered), and creeper (Strophitus undulatus, G5/S2/In Need of Conservation). The DNR recommended that SHA remove any mussels that may be found within the project limit of disturbance (LOD).

A field survey and translocation was subsequently conducted over a three day period in August 2016.  The survey area consisted of the Potomac River bed being directly impacted by the project, including approximately 200 linear feet of river, with a width of 600 feet.  The total area of this effort was 2.75 acres.

The survey approach consisted of a double-pass search for freshwater mussels in the direct impact area using visual methods (i.e., aquatic viewscopes and snorkel) and limited tactile, subsurface searching or “grubbing” in the upper ~5-10 cm (2-4 inches) of softer sand-gravel substrates.  A third pass was conducted in certain areas when State-listed mussels were found during the second pass.

After each pass, all mussels were identified and measured.  Salvaged mussels were translocated to an approved location where suitable habitat and an existing population of mussels was present, approximately 200 meters upstream from the project area. 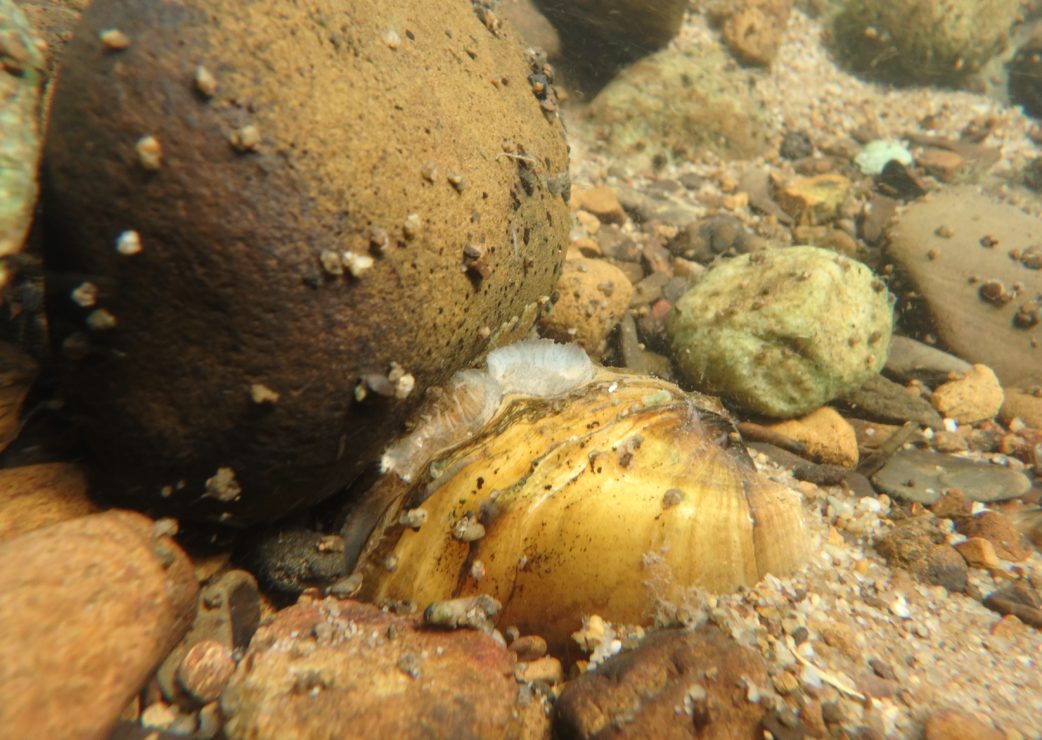 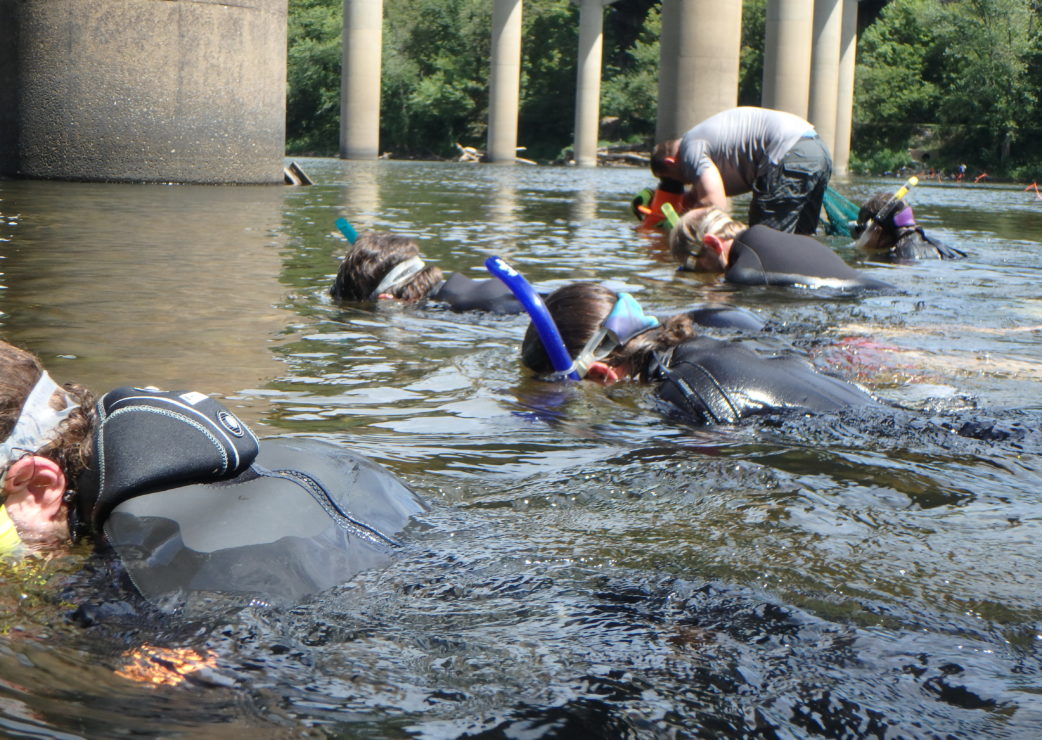 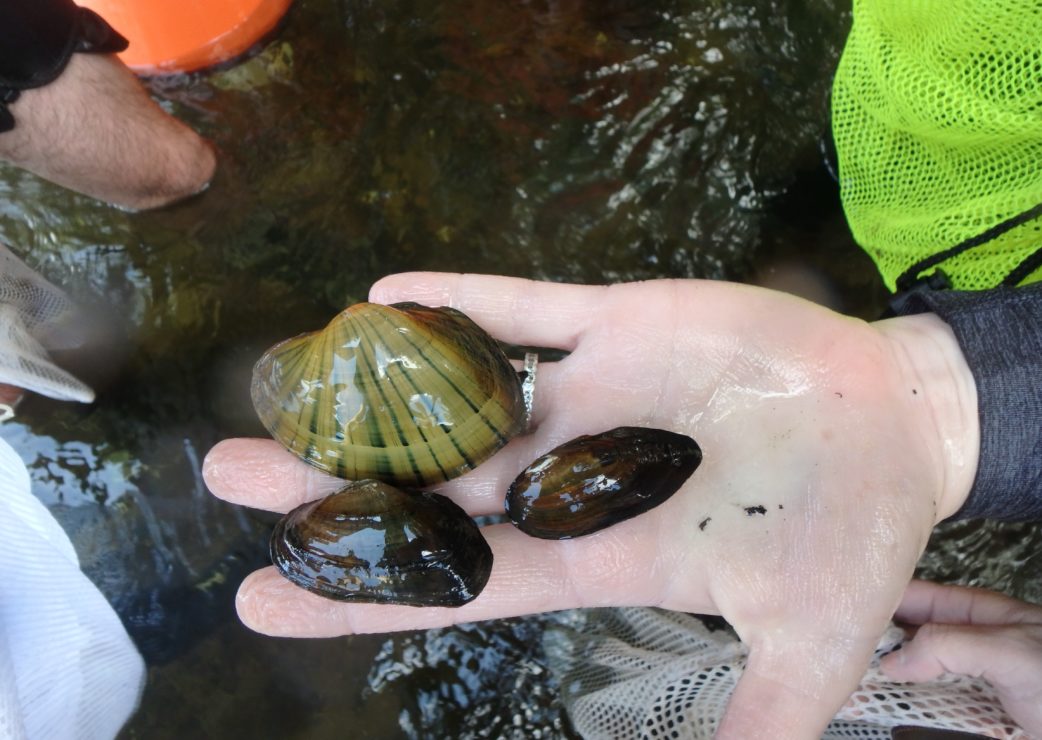