Coastal Resources, Inc. (CRI) was contracted to conduct on-site protection of the Maryland state-endangered rainbow snake (Farancia erytrogramma) during the replacement of two bridges in southern Charles County, MD.  CRI’s wildlife biologist led the project, including training any other qualified CRI staff who assisted with the surveys.

Inspections were conducted in two stages. The first stage began in the spring of 2018, when the construction company began the installation of silt fence to exclude rainbow snakes from the limits-of-disturbance (LOD).  Qualified CRI staff conducted daily inspections of the area of the proposed LOD prior to the installation to ensure that no rainbow snakes were harmed.  During daily inspections, one qualified CRI staff member walked the limits of the planned fence installation for the day, to look for rainbow snakes or any other amphibians or reptiles that might be impacted.  Training of additional CRI staff was also carried out during this initial phase of the project to ensure that all inspectors were qualified to identify and remove rainbow snakes or any other amphibians or reptiles.  The first stage of monitoring ended after the completion of the fencing installation in June 2018.

The second stage of monitoring began with the initiation of road closure and the start of bridge construction.  CRI conducted inspections every day that the construction company was working.  When construction was taking place at both bridges simultaneously, two CRI staff conducted the inspections, one at each bridge. Inspections were conducted between 0630 hours and 0830 hours, prior to construction work beginning, by walking the limits of the LOD fencing and flipping straw, woody debris, or any other potential cover objects in search of rainbow snakes or any other amphibians or reptiles.  CRI also identified any issues with the integrity of the silt fence.  Searches were conducted on both sides of the protection fence, as well as within the LOD beneath construction related debris that could be easily lifted or flipped.  Any amphibians and reptiles found within the LOD were identified and released outside of the LOD. CRI provided daily inspection forms to the construction company and to MDOT SHA. Inspection forms included date, time of inspection, weather, monitor ID, and a list of animals found during the inspection of each bridge. 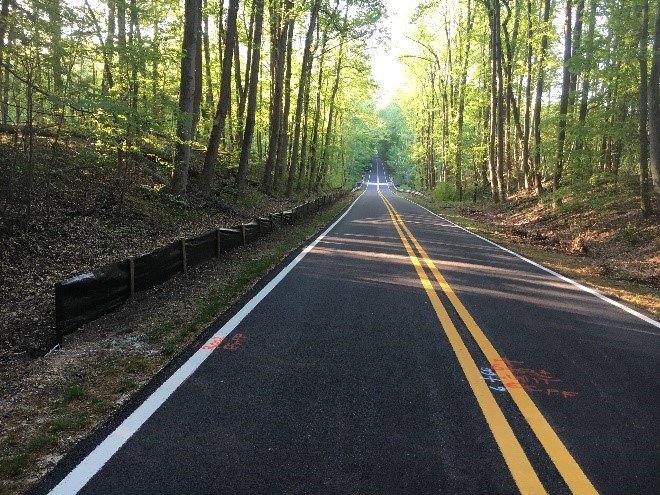