The Potomac Interceptor (PI) sewer system carries approximately 60 MGD of wastewater from Washington Dulles International Airport to the Potomac Pumping Station in Washington, DC. The sewer system runs under and adjacent to various streams, culverts, and stormwater outfalls that present a potential erosion risk to the pipe. A system failure could adversely impact the ecosystem of the Potomac River, as well as pose a risk to public health and jeopardize the collection of wastewater from the communities which the PI serves. Therefore, ensuring the PI operates as planned and system failure is avoided, is critical to protecting public health, the environment, and DC Water’s assets.

Coastal Resources, Inc. (CRI) inspected an approximately 12-mile-long area of interest along the PI to document surface conditions above the pipeline, with a focus on evidence of erosion, and erosion characteristics. ArcGIS Collector was used on a tablet PC during the field evaluation to capture relevant information regarding the exposed pipe location including pipe condition, support condition and physical dimensions of the exposure. Evaluation also included extent and type (sheet, rill, gully) of erosion that could adversely affect the pipe, photo documentation of problem areas, and potential access paths for future remediation efforts. The identified locations were included in a prioritization matrix in order of severity and critical asset protection.

After completion of fieldwork, CRI prepared an Erosion Assessment Report for DC Water. The report included a list of Areas of Concern (AOC) where, the PI pipe was exposed; had been subject to erosion; or was vulnerable to erosion, as well as the source or cause of the erosion. The AOC’s were summarized in a risk register, which included the risk likelihood, risk consequences and the risk rating for each of the identified areas, along with a prioritization/ranking matrix of all the identified areas (e.g. fix immediately, critical, lower priority) to help guide future remedial design projects. The prioritization / ranking of the AOC’s was accompanied with a planning level cost estimate for remediation at each area. The planning level cost estimate consisted of a design fee estimate and an opinion of probable construction cost. CRI also prepared mapping for the report using ArcGIS which included each AOC discussed in the report as well as the potential access paths to each AOC. 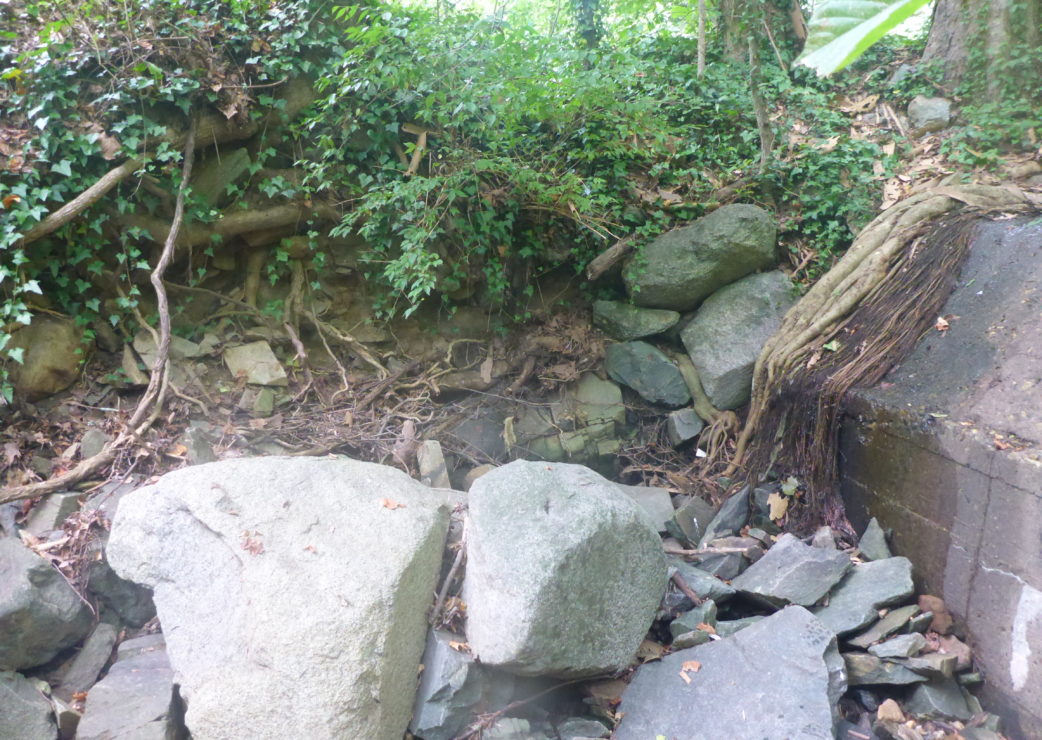