Coastal Resources, Inc. was a subconsultant on this U.S. Fish and Wildlife Service (USFWS) Chesapeake Bay Field Office (CBFO) contract to conduct electrified benthic trawling surveys in search of the state and federally endangered Maryland darter (Etheostoma sellare), which has not been documented since 1988. The surveys served as partial fulfillment of recommendations made by the USFWS 2007 and 2013 species status review and potentially guide recovery efforts or provide further evidence of extinction. The most recent five-year status review report for the species called for additional periodic surveys focused on 1) lower Deer Creek where the species was last observed, 2) the Susquehanna River near the confluence of Deer Creek, and 3) the Susquehanna River near its confluences with other tributaries (e.g., Rock Creek, Octoraro Creek). A secondary goal of the study was to document the presence of the Chesapeake logperch (Percina bimaculata), which is still present in the Susquehanna River and its tributaries but listed as state threatened.

Prior to conducting the survey, CRI fisheries taxonomists obtained approval from the USFWS to conduct the surveys, as well as endangered species and scientific collection permits from the Maryland Department of Natural Resources (DNR). The survey involved two separate sampling events, one in fall of 2020 and one in spring of 2021 using methods described by Freedman et al. (2009), Hern (2011), and Kilian et al. (2011). Fish were sampled using a modified electrified Missouri trawl deployed off the bow of an 18-foot jet boat for approximately 2 minutes per trawl. Trawl locations and duration were recorded with a sub-meter GPS and stopwatch, respectively. Collected fishes and streambed material (i.e., cobles, boulders, organic matter) were separated, identified, enumerated, recorded, and released immediately following each trawl. Photo vouchers were taken of each species encountered.

A total of 63 electrified trawls were sampled between the spring and fall sampling events along the Susquehanna River, Deer Creek, and near the confluences of Rock Creek and Octoraro Creek. In total, efforts yielded 1,566 fishes representing 25 confirmed species and nine families. However, no Maryland darters were documented during the two surveys. Notably, 15 state-threatened Chesapeake logperch were captured and released alive. Following the two surveys, CRI prepared a report of our findings to the DNR per requirements of the endangered species and scientific collection permits. 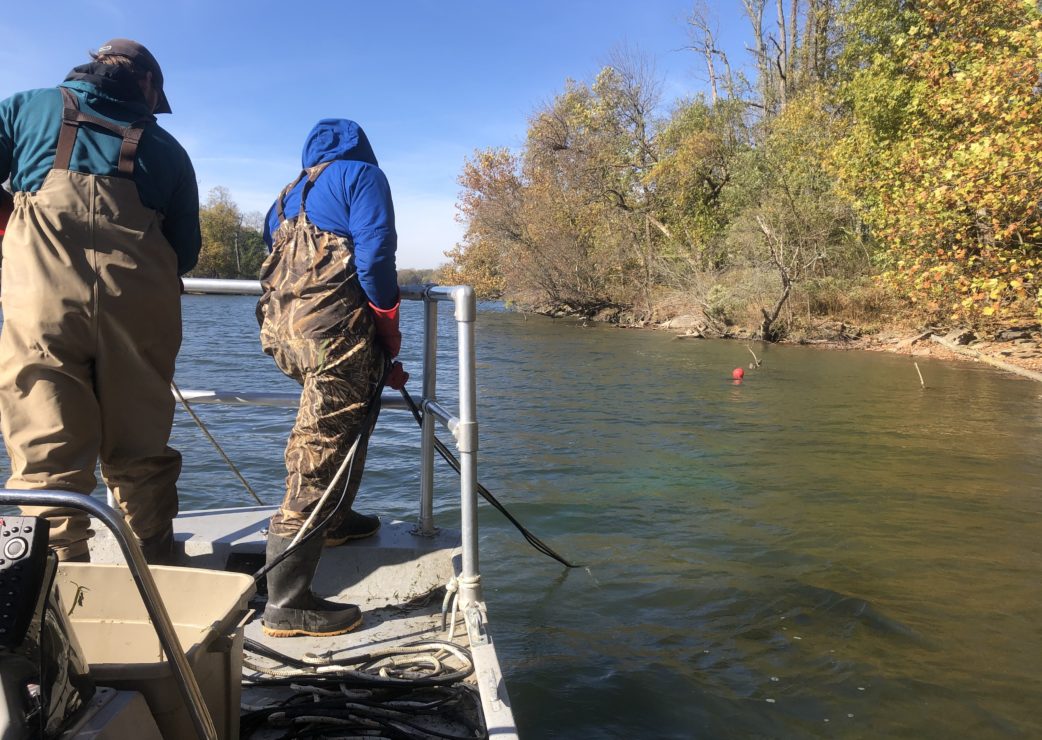