Coastal Resources, Inc. (CRI) conducted an aquatic species inventory for the proposed Watergate and Arnott Fen restoration projects. These projects were identified to mitigate for wetland and stream impacts associated with the construction of the Susquehanna to Roseland Transmission Line Project at the Delaware Water Gap National Recreation Area. Due to the lack of available biological data for the 2 large ponds at Watergate and the wetland complex at Arnott Fen, the National Park Service requested surveys be conducted to determine the aquatic species that occupy these ponds and their general health. These data were used to assess existing conditions to determine any potential impacts of the restoration activities and evaluate any changes to the aquatic communities from the restoration.

For the proposed Watergate restoration project, a comprehensive field survey was conducted to evaluate water quality and characterize the fish, aquatic macroinvertebrate, and herpetofauna communities inhabiting 2 vegetated ponds. Macroinvertebrates were sampled following EPA’s 2012 National Lakes Assessment Field Operations Manual, which is a multi-habitat approach focused on sampling the shoreline with a D-frame dip net. Macroinvertebrate samples were preserved in the field and later subsampled and identified down to genus in the laboratory. Fish communities were surveyed using a variety of methods, including shoreline seining, fyke netting (both daytime and nighttime), and electrofishing. Each fish was identified, enumerated, weighed, and measured and all fish sampling techniques were standardized to calculate catch per unit of effort (CPUE) for each species, a measure of relative abundance. A general herpetofauna survey was also conducted along the shoreline and immediate riparian area of both ponds to characterize the use of the ponds by reptiles and amphibians. 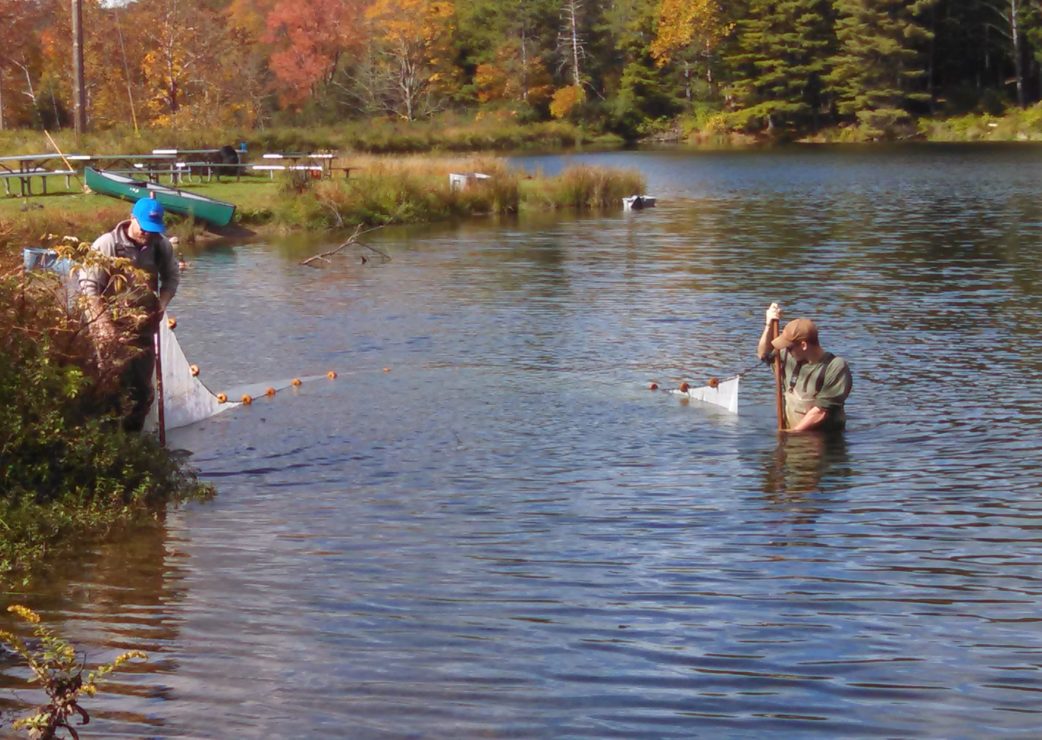 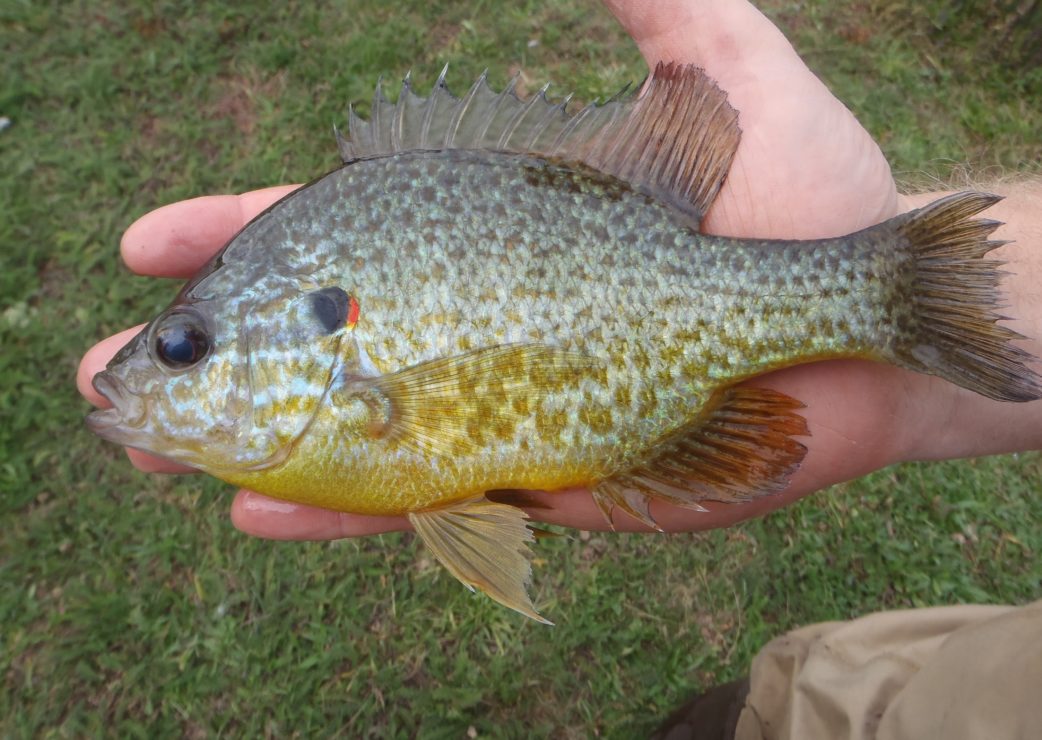