Coastal Resources, Inc. (CRI) conducted rare, threatened, and endangered (RTE) species habitat characterizations and targeted species surveys within the 19-mile-long transmission line segment between the Wattsville Substation in Wattsville, Virginia and the Kenney Substation in Snow Hill, Maryland.  The project study area included 6 miles in northern Virginia and 13 miles in southern portion of Maryland’s Eastern Shore.  The Virginia Department of Conservation and Recreation (VDCR) had documented one state listed plant within the Virginia portion of the study area and the Maryland Department of Natural Resources – Wildlife and Heritage Service (DNR-WHS) had documented 12 RTE plant species near the Maryland portion of the study area. CRI initially determined habitat requirements and likelihood of potential occurrence within the study area.  CRI’s scientists then conducted a field survey to determine habitat suitability for these listed species within the existing transmission line right-of-way.  Suitable habitat was identified for all of the listed plant species.  Suitable habitats included tidal fresh marshes, wet meadows, wet ditches, and dry, sandy uplands.  A detailed report was prepared that documented the results of the field assessment of suitable RTE habitat.

CRI also carried out targeted RTE plant surveys between April and October 2014 to document the presence of targeted RTE plant species within the corridor.  The single Virginia species, dwarf trillium (Trillium pusillum), was found within the project area.  Of the 12 RTE plant species documented by the DNR-WHS within the Maryland portion of the study area, 8 were found during the corridor surveys, including 4 that were state-threatened and 2 that were state-endangered. An additional 3 RTE species, not previously documented from the area by the DNR-WHS, were also found, including one listed as state-endangered.  Results of the survey efforts and documented plant species found were summarized in a detailed targeted species report submitted to the DNR-WHS for review.  The Element Occurrence information was also recorded and submitted to the DNR-WHS to update their RTE database.

During fall 2013 and winter 2014, CRI delineated wetlands and waterways along the 150-foot wide Wattsville to Kenney transmission corridor using the Regional Supplement to the Corps of Engineers Wetland Delineation Manual: Atlantic and Gulf Coastal Plain Region, Version 2.0 (USACE July 2010).  CRI gathered field data on hydrology, soils and vegetation, conducted functional assessments on wetlands greater than 0.5 acres in size, and reviewed the results of the GPS survey of the wetland boundary for accuracy.  Seven (7) wetlands, comprising over 42 acres, and 4 watercourses were identified and delineated within the Virginia portion of the study area, while 34 wetlands, comprising over 75 acres, and 8 watercourses were identified and delineated within the Maryland portion of the study area.  Wetland systems found within the study area included tidal freshwater emergent and nontidal emergent, scrub-shrub, and forest.  Nontidal wetlands were associated with stream floodplains; broad, interfluvial flats; and agricultural ditches.  The 12 delineated watercourses included Little Mosquito Creek and Selby Mill Branch in Virginia and Swans Gut Creek, Pikes Creek, Tarr Branch, Spring Hill Branch, Kelly Mill Branch, and Patty’s Branch in Maryland.  The results of the wetland delineation were summarized in a report that included the mapped limits of each wetland and watercourse, summary table of each system highlighting wetland and stream features, photographs of each system, and routine data forms collected in the field.

The original Kenney to Wattsville project was extended to include 12 additional miles from the Kenney substation to the Piney Grove substation in Wicomico County, Maryland. In 2015, CRI conducted RTE surveys along this extension, which crossed the Pocomoke River and Nassawango Creek, and traversed Nature Conservancy lands.  The DNR-WHS had documented the potential presence of 35 RTE plant species within or adjacent to the transmission line study area.  Targeted species surveys were conducted between June and October.  Of the 35 listed RTE, 15 were found and surveyed during the targeted RTE plant search.  Of this total, 5 plant taxa were listed as state-threatened and 7 as state-endangered.  An additional 5 RTE plant taxa, not previously documented from the area by the DNR-WHS, were also found, including one listed as state-threatened.  A targeted species survey report was prepared and all data were submitted to the DNR-WHS to update their records. 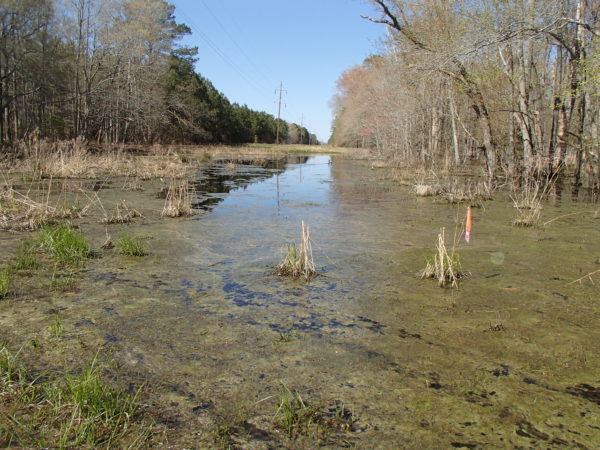 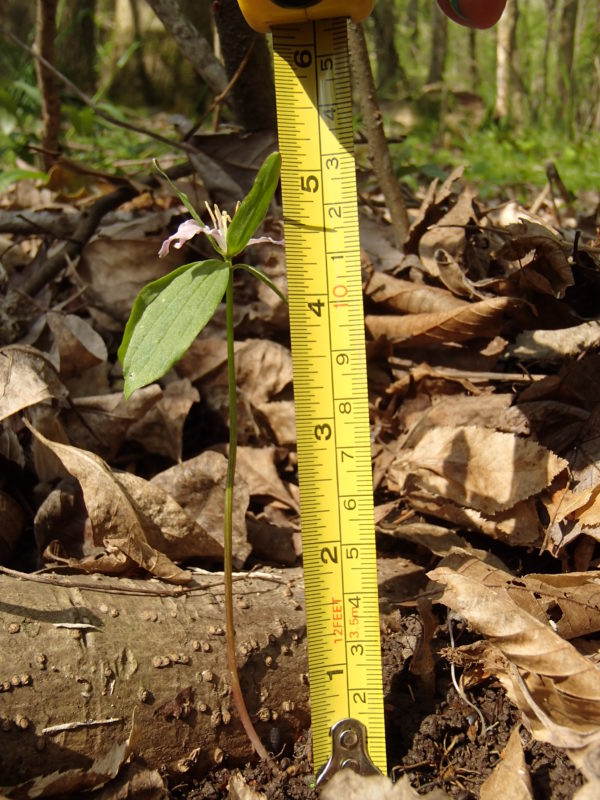